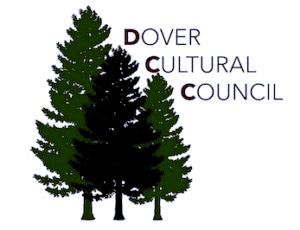 Apply for a Grant from the Dover Cultural Council

The Dover Cultural Council has announced this year’s grant application cycle. Each year the Council looks forward to bringing new and innovative cultural programs to our community.

We are currently accepting grant applications for the calendar year of

When preparing your proposal, please be sure to consult Dover’s town-specific “Local Guidelines” to make sure you are eligible.

Completed proposals are due Oct. 15. Our committee will then evaluate and notify eligible recipients sometime in early winter.

The Dover Cultural Council provides grants to support a variety of artistic projects and activities that serve our community such as exhibits, festivals, short-term artist residencies or performances, workshops and lectures.

As part of a network of 329 local Cultural Councils throughout the Commonwealth, the Dover Cultural Council annually obtains funds from the Massachusetts Cultural Council, a state agency that supports community-oriented arts, humanities and science programs.

Members are appointed by the Dover Board of Selectmen to serve for up to two consecutive three-year terms.

The Dover Cultural Council (DCC) is one of a statewide network of 329 Local Cultural Councils (LCC) that annually receives funds from the Massachusetts Cultural Council (MCC), a state agency. These funds are used to award LCC Grants for local cultural enrichment programs. The DCC annually awards several grants on a competitive basis to individuals and organizations who provide a variety of arts, humanities and other cultural benefits to the citizens of Dover.

Each volunteer council member must complete an MCC sponsored training session in order to preserve the streamline status that the DCC has in its relationship with the MCC. DCC members annually elect their own governing officers.

Each year the DCC holds a series of public meetings to distribute information on new grant applications, review applications received, determine awards, and administer the funds.

The annual amount available to Dover for grant awards is dependent on legislative appropriations and state funding allocations. Preference is first given to local applicants, then to non-local applicants who have prearranged with a local sponsor, and finally to those who demonstrate a clear indication of direct cultural benefit to the Dover community. The DCC gives priority to those applicants who have arranged a venue and date with a local sponsor.

The DCC also promotes the availability of other MCC grant programs.

Anyone interested in serving on the DCC is urged to contact any one of its members or the Dover Board of Selectmen.

There shall be a Cultural Council of at least five members appointed by the Board of Selectmen on a rotating basis of one or more members each year for three-year terms. The Cultural Council’s duties and authority shall include, but shall not be limited to, those specified in Massachusetts General Laws (MGL) Chapter 10, Section 58.