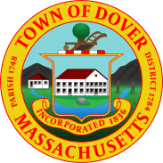 As required by Massachusetts General Laws (MGL) Chapter 51, Section 15, there shall be a Board of Registrars of voters consisting of the Town Clerk and three other persons who shall be appointed by the Selectmen for the term of three years. In the original and in each succeeding appointment and in filling vacancies, registrars of voters shall be so appointed that the members of the Board shall represent the two leading political parties, and in no case shall an appointment be so made as to cause a Board to have more than two members, including the Town Clerk, of the same political party.

This Board consists of three members, each appointed for a three-year term by the Selectmen on a bipartisan basis, plus the Town Clerk who is an ex officio member of the Board. In addition to the registration of voters, the Board is responsible for publishing the Voting Lists and the List of Residents, which is compiled yearly from the January census.